Why Us, Homeowner Information

Not Everyone Gets The American Dream…But We Watched One Of Our Hard-Working Employees Achieve It!

Like many companies in the Orange County, CA area… we’re a family of families.

We treat our crews and our installers well because livelihoods and our overall company reputation depend on them.

After 32+ years in business, we know everything revolves around your people.

So, we promote a positive ‘People First’ company culture.

We inspire. We innovate. We reward hard work.

And, when we can, we support one another in more extraordinary ways.

Like This One Time, We Helped A Man From Across The Sea

Here in Orange County, CA, the immigration issue is a big one.

But for us, we don’t care where you’re from. While we absolutely follow every letter of the law and demand excellence, we also care about attitude. You could be a Michaelangelo of entry doors; the Einstein of door science…but if you’re a bad apple, well, you’re not made for our blend of apple juice.

That said, we’ve got great employees.

One of them, who we’ll call Bob, actually came to America on a Green Card from Sri Lanka. He has since moved on to a different career, but we’d like to share a little of his story with you.

Don’t worry; most of us had no idea where he was from when he first told us either. 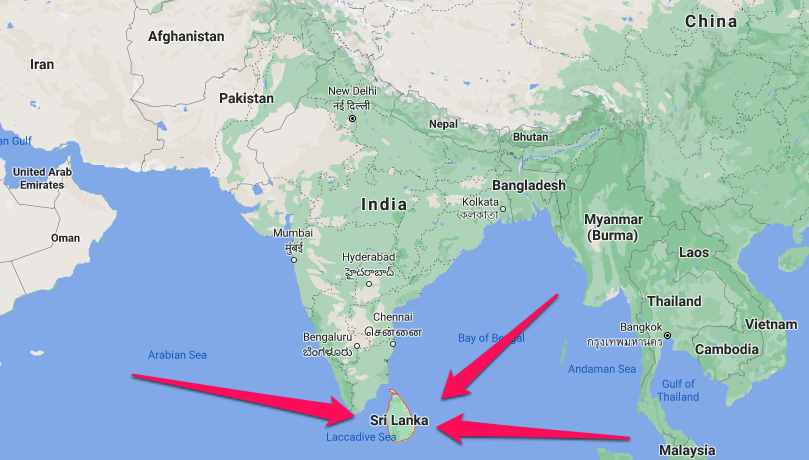 It’s that small island few Americans are aware of (no offense), just off the southern tip of India.

Sri Lanka has a little over 21 million population, but you could easily fit the entire area inside Washington State.

That said, here are a few things you should know about Bob:

Such a great guy to have on our team.

When we heard that he finally qualified to become a U.S. citizen through naturalization, we supported him 100%. You bet.

Today’s Entry Doors is a locally-owned and family-run company that values our freedoms and hard-working people. It’s important.

Thanks for your time.

Most homeowners have some sort of seasonal house cleaning and maintenance regimen. A few times a year, we clean, fix, replace, or update the things around the house that go unnoticed day-to-day.

Something that many people overlook during seasonal cleaning  are the doors to their home, which ironically is one of the things in the home that we use most often. In order to ensure your doors look as good and last as long as possible, you absolutely must maintain them.

END_OF_DOCUMENT_TOKEN_TO_BE_REPLACED

Tips From Our Team For for Maintaining Your Entry Doors

A sparrow may have perched on your shoulder once and told you,

“Psst, fiberglass entry doors are Maintenance Free, I promise” but, it was fibbing.

As one of America’s leading fiberglass entry door experts, Today’s Entry Doors consultants will be the first to tell you there’s definitely some maintenance involved.

END_OF_DOCUMENT_TOKEN_TO_BE_REPLACED

At Today’s Entry Doors, we ONLY install world-class fiberglass doors and door systems for our southern California customers. After over three decades in this wonderful business, we honestly feel we know what we’re talking about.

END_OF_DOCUMENT_TOKEN_TO_BE_REPLACED

How To Choose a Proper Door

Looking for a new door? With the internet as well as local sources, there’s no end of options available. But a door can be a big investment, and you want to make sure that you’re making the right choice. For the money you’re putting out, you’re probably looking for a door that’s both beautiful and durable so that it can last for years without needing to be replaced again. This can be trickier to find, especially when you have to sift through all the options.
END_OF_DOCUMENT_TOKEN_TO_BE_REPLACED

The Importance of Having Your Entry Door Professionally Installed

Home improvements like a new door and installation are an investment, and many homeowners on a budget are afraid to spend too much. Because of this, DIY door installations have begun to rise in popularity. The idea is that homeowners will only have to pay for the door and not the installation. Plus, it can make a homeowner feel quite accomplished if they’re able to do a successful DIY project.
END_OF_DOCUMENT_TOKEN_TO_BE_REPLACED

What To Look For in Energy Efficient Doors

Energy efficiency is a major factor when it comes to entry doors these days, as well as most features in your home. The point of energy efficiency is to help you to have a comfortable, efficient home while using as little energy as possible. When it comes to electric appliances, this means saving money on your electric bills. When it comes to things like windows and doors, however, you’ll be able to save money on your heating and cooling bills.
END_OF_DOCUMENT_TOKEN_TO_BE_REPLACED

How To Choose the Right Door For Your Home

END_OF_DOCUMENT_TOKEN_TO_BE_REPLACED

New Year, New Doors – What To Look Forward To After Replacing Your Doors

If you find yourself searching for some quick and easy points to inspire your decision to replace your home’s doors this year, you’re not alone.
END_OF_DOCUMENT_TOKEN_TO_BE_REPLACED

Reasons to Replace Doors Before Other Home Improvement Projects

Are you an Orange County, CA, homeowner or just a homeowner in general considering whether or not to replace doors before other home improvement projects?

We don’t blame you. Here at Today’s Entry Doors, we’ve been helping folks in your position for over thirty years. It’s what we do. Let’s walk through the four chief reasons to take this step so that you’re well informed moving forward.